1.1 Why we need a messaging system

1.2 What is a messaging system? 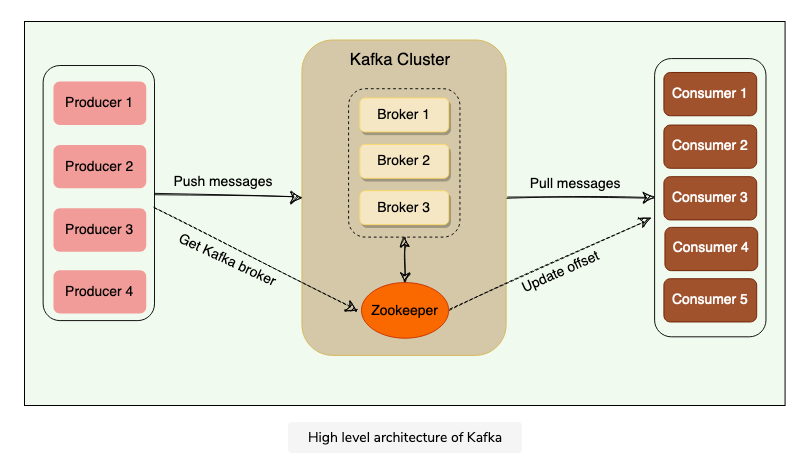 Every topic can be replicated to multiple Kafka brokers to make the data fault-tolerant and highly available. Each topic partition has one leader broker and multiple replica (follower) brokers.

5.1 How to distribute a specific message to only a single consumer

ZooKeeper is used for storing all sorts of metadata about the Kafka cluster: